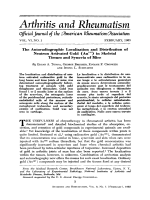 The autoradiographic localization and distribution of neutron activated gold Au198 in skeletal tissues and synovia of mice. pdf897 Кб 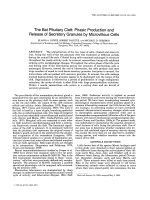 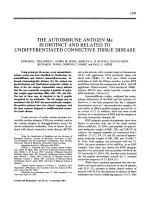 The Autoimmune Antigen me is Distinct and Related to Undifferentiated Connective Tissue Disease. pdf905 Кб 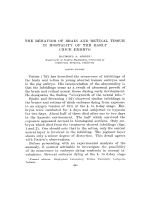 The behavior of brain and retinal tissue in mortality of the early chick embryo. pdf1 026 Кб 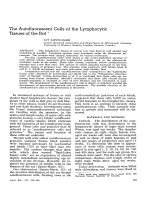 The autofluorescent cells of the lymphocytic tissues of the rat. pdf1 265 Кб 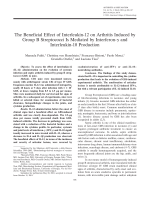 The beneficial effect of interleukin-12 on arthritis induced by group B streptococci is mediated by interferon-╨Ю╤Ц and interleukin-10 production. pdf2 361 Кб 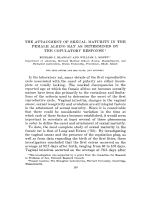 The attainment of sexual maturity in the female albino rat as determined by the copulatory response. pdf1 156 Кб
КаталогБез категории

The B cell repertoire of patients with rheumatoid arthritis. II. Increased frequencies of IgG+ and IgA+ B cells specific for mycobacterial heat-shock protein 60 or human type II collagen in synovial fluid and tissue